Welcome to my Home Studio 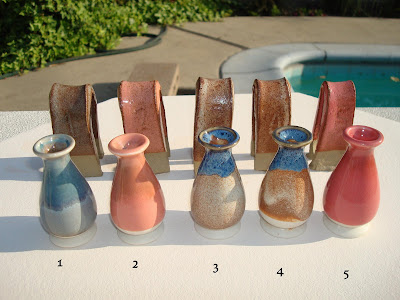 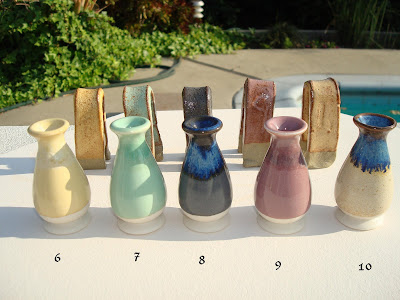 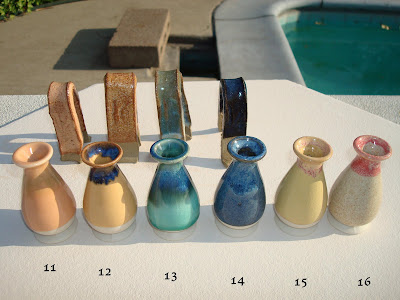 A few weeks ago, I mentioned I ordered 24 test bottles of Coyote glazes. Well, a very nice man, by the name of Simon was doing a Google search to find users of Coyote glazes and found me. He was kind enough to send me his photos of his test tiles and said I could publish them on this blog. Below are his words about the photos above.
PS. I have not gotten my glazed pieces back from the kiln yet, but will publish them as soon as I do:>)

Great display - thank you for posting this - it helps me decide which Coyote glazes I want to try out first!

Hi Pat, I love this display of the cone 6 glazes! Thank you for sharing with everyone!! I need to try some!

Still helpful to me too! I just ordered a few coyote glazes and am anxious to try them.

Stilllllllll helping! Thanks a ton!

This is awesome. Thanks. I really like the idea of using simple pots as test over tiles.

Widgets for Etsy Sellers
Powered By